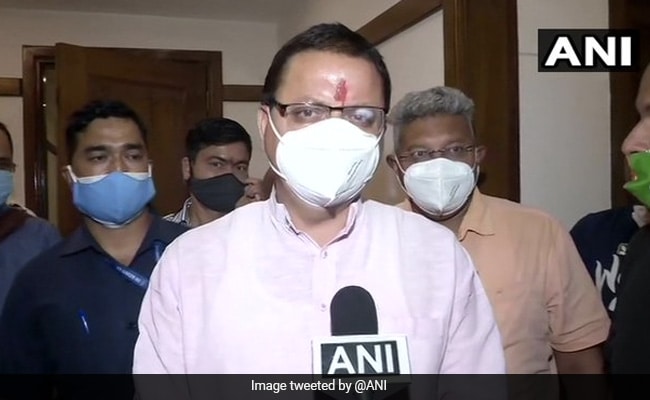 CM Pushkar Singh Dhami said he will visit the area as soon as weather clears. File

Five people, including three children, were killed and two others went missing after three houses collapsed in a village following heavy rain in Dharchula sub-division of the district in Uttarakhand, an official said today.

“Five bodies, including those of three children, have been recovered, while the search for two more still missing is underway,” SSB commandant M P Singh said. A helipad has been built in the affected area, a control room set up there and a medical team sent to the village to treat the injured, he said.

Rescue operations will go on until all the missing persons are found and the affected people are moved to safety, the district magistrate said.

“The casualties could be higher as the affected village is on the top of a hill,” Mr Chauhan said.

“We have made an aerial survey of the village by a helicopter and sent SDRF and NDRF teams, along with police and revenue teams, to the village to run relief and rescue operations on a war footing,” the district magistrate said.

He asked the officials to move the affected people to safe locations immediately and make adequate arrangements of food and medicines for them.

He also asked the Kumaon commissioner to ensure that the roads, including national highways blocked by landslide rubble in the region should be cleared at the earliest.

Mr Dhami wanted to visit the spot himself, but could not do so due to bad weather.

However, he said he will go there as soon as the weather clears.

Related Topics:UttarakhandUttarakhand rain
Up Next