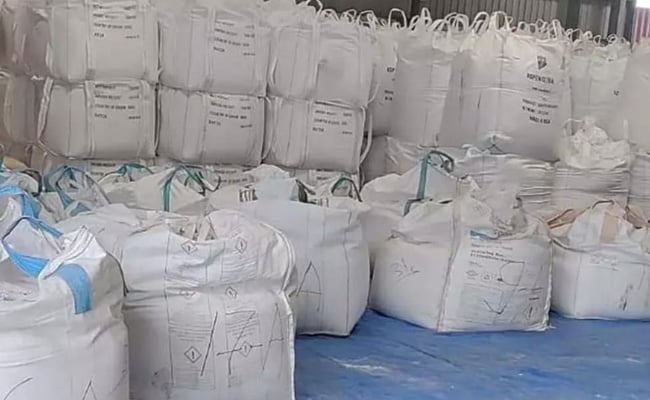 A special court in Ahmedabad has remanded an Afghan national in the NIA’s custody for three days in connection with a case pertaining to the seizure of 2,988 kg of drugs at the Mundra Port in Gujarat last month.

Mohammed Khan, an accused in the Rs 21,000-crore heroin seizure case, was on Monday sent in the NIA’s custody by special judge Shubhada Baxi, after he was brought here from Patiala on a transit warrant.

The special NIA court granted three-day remand of Khan to the National Investigation Agency, as against four days sought by it.

Earlier, on October 18, the court had sent three accused in the case to the NIA’s custody for 10 days.

The three accused included M Sudhakaran and Durga Vaishali, who allegedly ran the Vijayawada-registered M/s Aashi Trading Company which had imported a consignment of ”talc stones”, and Rajkumar P.

“Khan’s name was revealed during the investigation into the case, and a lookout notice was issued against him. He was detained by authorities at the Delhi airport while he was trying to escape from the country, and was handed over to the NIA and taken to Patiala,” said Amit Nair, the special public prosecutor for the NIA.

The case relates to the seizure of heroin, disguised as a consignment of semi-processed talc stones originating from Afghanistan, which had arrived at the Mundra Port from Bandar Abbas Port in Iran.

The case was initially investigated by the Directorate of Revenue Intelligence.

The Union Ministry of Home Affairs later transferred the investigation into the case to the NIA.

The accused have also been booked under provisions of the Unlawful Activities Prevention Act (UAPA), and the NIA is conducting a probe to unearth a larger conspiracy behind the seizure.

On September 13, the DRI detained two containers that had arrived at the Mundra Port from Kandahar in Afghanistan via Bandar Abbas Port of Iran. The declaration accompanying the containers claimed they contained “semi-processed talc stones”.

On September 17 and 19, the DRI established that the two containers, in fact, contained heroin which was concealed in “the lower layers” of “jumbo bags” topped with talc stones.