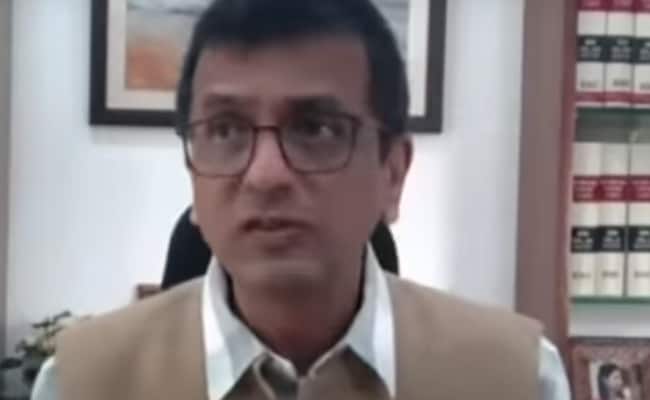 Justice DY Chandrachud, emphasised that the constitution had remedies for deep-rooted inequalities

The Dabur Karwa Chauth ad featuring a same sex couple had to be pulled off because of “public intolerance”, Supreme Court judge DY Chandrachud said on Saturday, commenting on the gap between laws aiming at removing social inequities and the ground reality.

Last week, Dabur withdrew an ad showing two women celebrating Karwa Chauth together – praised by many as progressive but also panned by a section – and apologised after merciless trolling and threats from the right-wing.

“There are real-life situations which show that there is great divergence between ideals of the law and the real state of the society today,” Justice Chandrachud said at an event themed on legal awareness for women.

“Just two days ago, all of you would know, of this advertisement which a company was required to pull down. It was an advertisement was for Karwa Chauth of a same-sex couple. It had to be withdrawn on the ground of public intolerance!” – he remarked.

Dabur was even threatened with legal action by Madhya Pradesh Home Minister Narottam Mishra, who has in recent weeks gone after what he calls “objectionable” content in ads and films.

Justice Chandrachud, emphasising that the constitution had remedies for deep-rooted inequalities and patriarchy in India, said there were examples of injustice against women every day.

“Our Constitution is a transformative document that sought to remedy the structural inequalities rooted in patriarchy. It has become a powerful tool to secure material entitlements and provide public affirmations of dignity and equality of women. Legislation like domestic violence act, prevention of sexual harassment at workplace act have been enacted to achieve the goal of fulfilling the constitutional rights of women. However, every day in our lives as judges of the Supreme Court, we come across injustice against women,” said the senior judge.

According to him, awareness about the rights of women could be truly meaningful if that awareness was created among the younger generation of men.

“Because I believe that the deprivation of rights of women, if we have to find an answer to them, the origin must be in the changing of mindset both of men and women. The more we realise that the category of women encompasses various social, economic and political disadvantages, the more we will be able to cater to their individualised and actual needs. True freedom for women, in other words, is truly intersectional,” Justice Chandrachud said.