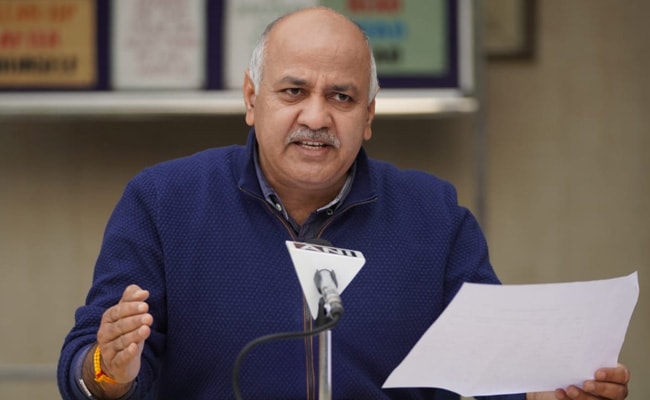 The Arvind Kejriwal government on Thursday demanded that the Centre allocate funds to Delhi municipal corporations also as it does in the case of the civic bodies in states.

“The national capital is the face of the country, but today the municipal corporations in Delhi are facing acute shortage of funds and are not able to maintain the cleanliness and development in the capital. Therefore, funds should be provided to the municipal corporations of Delhi like (funds are provided to civic bodies) in other states,” the statement quoted Mr Sisodia as saying in the meeting.

The Deputy chief minister noted that the 15th Finance Commission allocated grant-in-aid of Rs 4,36,361 crore for the local bodies for 2021-2026.

“But the local bodies of NCT of Delhi were omitted from this on a technical ground that only states are covered under the scheme. This does not help the constitutional mandate of strengthening the local bodies,” he contended.

At the meeting, Mr Sisodia also demanded that the Union government increase the central assistance for Delhi to Rs 2,020 crore in the next budget. .

“For the last 21 years, Delhi has been getting only Rs 325 crore out of the central tax. Now, it is necessary that the central government increase it. The Central assistance used to be 5.14 per cent of Delhi’s budget 21 years ago. It has now come down to 0.9 per cent,” he said.

“When its comes to giving funds to municipal corporations of Delhi, Delhi government is is asked to follow the Finance Commission like other states do. But, when the Delhi government asks for funds from the Finance Commission, it is told that Delhi is a Union territory and thus its share in central taxes cannot be raised,” he said, demanding that “this contradiction” must be addressed by the Central government.

The Deputy Chief Minister also urged the Centre to provide funds to the Delhi Development Authority (DDA) so that it can set up charging points for e-vehicles in the national capital “Kejriwal government has brought an e-vehicle policy to remove Delhi’s pollution. But, it will be successful only if we make more and more charging points. Since DDA has land (in Delhi), it can set up charging points. The central government should support the DDA with funds for the same,” he said.